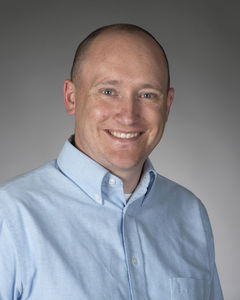 Metastasis, the spread of cancer from the site of the primary tumor to distant locations in the body, is responsible for 90% of cancer deaths, yet the molecular mechanisms governing this extraordinarily complicated process remain poorly understood. It has become clear that an important barrier to metastasis is the induction of anoikis, a cell death process that is induced when epithelial cells lose attachment to the extracellular matrix (ECM). During the course of tumor progression, cancer cells will typically acquire resistance to anoikis which can facilitate the spread of these cells to distant sites. In addition to the induction of the anoikis program, we have discovered that ECM-detached cells are metabolically compromised in a fashion that prohibits their survival. Thus, ECM-detached cancer cells need to inhibit anoikis and rectify their metabolic deficiencies in order to survive. Despite its importance, there is a striking lack of information on how cancer cells successfully evade the induction of anoikis and overcome metabolic deficiencies. The overarching goal of my laboratory is to examine and characterize the biological mechanisms that permit cancer cell survival in the absence of ECM attachment. It is our hope that a better understanding of these mechanisms at the molecular level will reveal novel chemotherapeutic targets or approaches that may serve to compromise the survival of ECM-detached cancer cells and thus prevent tumors from successfully metastasizing.

We have 4 distinct, major research projects in the lab that are all aimed at achieving the aforementioned overarching goal:

2. CAF-mediated inhibition of anoikis in breast cancer cells. It has become increasingly clear that the malignant properties of tumor

cells (such as enhanced survival) are not solely determined by the alterations of the cancer cells themselves, and that the stromal (supporting) cells within the tumor microenvironment play a substantial role in promoting tumor growth and metastasis. In particular, evidence is mounting that a particular cell type, the carcinoma-associated fibroblast (CAF), is a critical player in the promotion of tumorigenesis and metastasis. However, the precise mechanisms utilized by CAFs to enhance malignancy have yet to be unveiled. My laboratory has been studying the ability of CAFs to block the induction of anoikis (cell death caused by ECM-detachment). We have discovered that factors secreted from CAFs can block the induction of anoikis (ECM-detachment induced cell death) in adjacent breast cancer cells. Current work on this project revolves around an analysis of IGFBP-2, a protein secreted by CAFs, in the inhibition of anoikis in cancer cells.

3. Tumor cell survival in inflammatory breast cancer. Inflammatory breast cancer (IBC) is a rare and highly aggressive type of breast cancer that comprises approximately 2% of the diagnosed breast cancer cases in the United States. One of the reasons for the dismal prognosis for IBC is the unique clinical fashion in which the disease presents. Despite its name, inflammatory cells are not actually the cause of the disease; rather, cancerous mammary epithelial cells lodge in the lymphatic vessels in the breast giving the appearance of acute inflammation. Given that a fundamental characteristic of IBC is the movement of cancerous epithelial cells into the lymphatic system, we have initiated studies designed to understand how these cells evade detachment-induced cell death mechanisms.

4. Oncogenic signaling involved in anoikis regulation. Signaling from distinct oncogenes is responsible for a number of cellular changes that promote transformation. While previous studies from our lab and others have discovered roles for oncogenic signaling during ECM-detachment, much still remains to be discovered about the precise signaling pathways that block anoikis. A number of projects in our laboratory fall under this umbrella. Most prominently, we are currently investigating how ErbB2-induced multicellular aggregation can facilitate cell survival during ECM-detachment, and we are studying the role of SGK-1 and PHLPP1 downstream of oncogenic Ras in regulating anoikis and metabolism.