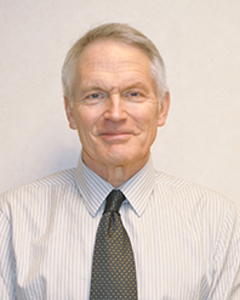 Could you occasionally use assistance in interpretation of routinehistologic (or immunohistochemical) sections used in your cancer research projects ?

For the past several years Dr.  William (Bill) Kaliney has assisted researchers in the interpretation of their microscopic material. He is a Board Certified anatomic and clinical pathologist who practiced diagnostic pathology at The Soufh Bend Medical Foundation for 36 years and in retirement has since served in this consultant capacity for HCRI.

Dr. Kaliney was born and raised in Ohio and obtained a double Bachelor of Arts in Chemistry and Physics from Miami University of Ohio.  This was followed by an MD degree at Northwestern University Medical School and Internship, Residency, and Fellowship at Case Western Reserve University School of Medicine in both Anatomic and Clinical Pathology.  His Fellowship specialty was Surgical Pathology with subspecialty training in Neuropathology.  His clinical areas of interest in Anatomic Pathology include tumors of the central nervous system, bone, breast, female genital tract and endocrine organs.  In the Clinical Pathology arena, he has expertise in hematopathology, immunology (including flow cytometry) and clinical chemistry.  In addition to his clinical practice, Dr. Kaliney served as Director of Immunology and Flow Cytometry (1979-2015) and Executive Vice President of the South Bend Medical Foundation (2007-2014).  Dr. Kaliney is also a dedicated teacher and previously served as Co-Director of Pathology Residency Training (1979-1990) and participated in the Pathology course at Indiana University School of Medicine - South Bend (1981-1998).