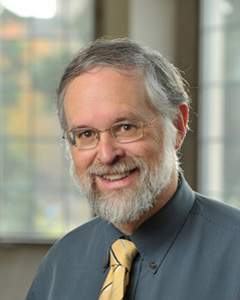 Steven Buechler is developing an affordable test to predict the chance of relapse for breast cancer patients, based on the biological principle that cancer develops through a series of discrete changes in cellular state. The critical differences between aggressive and non-aggressive cancers lie in the activation or deactivation of entire pathways, rather than an increase along a continuum. The test (called INDUCT) identifies a large set of estrogen receptor positive patients who can safely go without chemotherapy, whose tumors show low expression values of four genes.

The research is important because it identifies patients who do not need chemotherapy, which has its own toxic effects. Research shows that a significant number of patients receive chemotherapy unnecessarily. In recent years, methods of stratifying breast cancer patients according to relapse risk have been developed using multi-gene measures of mRNA concentrations, but those tests are much less accurate than INDUCT.

INDUCT would reduce over treatment with chemotherapy by 40% over competing tests such as Oncotype DX, Mammaprint or Prosigna.

Buechler has also developed a diagnostic test for ER+ breast cancer that identifies patients at high risk for late relapse; i.e., recurrence 8 - 15 years after initial diagnosis, a test that identifies triple-negative breast cancer patients who are sensitive to taxane-anthracycline chemotherapy, and a test that would identify stage II colon cancer patients who may benefit from chemotherapy.