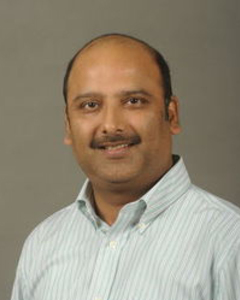 Gastric cancer is the second most common cause of cancer-related death in the world. Gastric cancer patients are often treated with platinum and fluoropyrimidine-based regimen that usually has a median survival of 8 to 10 months. We have developed and optimized several highly effective, reproducible and efficient preclinical models for evaluating novel and effective therapeutic strategies to improve the outcome of gastric cancer patients. We demonstrated that nab-paclitaxel is the most effective chemotherapy agent for gastric cancer compared with contemporary commonly used chemotherapy agents (5-FU, epirubicin, oxaliplatin, docetaxel, irinotecan) (8). Also, we established that the combination of nab-paclitaxel with mechanistically different antiangiogenic agents, has significantly enhanced antitumor response (9). These studies provided the basis for conducting a clinical trial of best chemotherapy plus antiangiogenic agent combination that would probably improve the prognosis of gastric cancer patients to a significant extent.

Cholangiocarcinoma (CCA) is the second most common primary liver cancer after hepatocellular carcinoma and its incidence is increasing in Western countries. Combination of gemcitabine and cisplatin remains the standard treatment in unresectable or recurrence cases with a median survival of ~14-months. Based on our experience in pancreatic and gastric cancer, we have established preclinical CCA models for evaluating experimental therapeutics. We are currently evaluating antitumor effects of telotristat ethyl (TE) alone and in combination with standard chemotherapy in the CCA preclinical models. These studies will give us direct evidence for optimal and more effective clinical therapeutic strategies for cholangiocarcinoma patients.