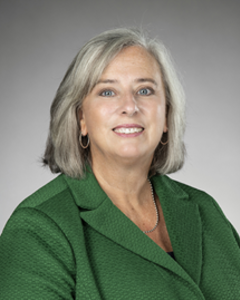 Dr. M. Sharon Stack received her PhD degree in Biochemistry from the University of Louisville, completed post-doctoral training in biochemical pathology at Duke University Medical Center, and served for several years as a Research Assistant Professor in Pathology at Duke. In 1994, she joined the faculty in the Department of Cell & Molecular Biology at Northwestern University where she rose through the ranks to tenured Professor. While at Northwestern, Dr. Stack was also Program Leader of the Tumor Invasion, Metastasis and Angiogenesis Program of the NCI-designated RH Lurie Comprehensive Cancer Center (RHLCCC, 1999-2007) and a member of the RHLCCC Executive Committee.   She joined the University of Missouri in 2007 as the Mulligan Endowed Professor and Vice Chair for Research in the Department of Pathology and Anatomical Sciences. She is currently (since 2011) the Kleiderer-Pezold Professor of Chemistry and Biochemistry and the Ann F. Dunne and Elizabeth Riley Director of the Harper Cancer Research Institute, University of Notre Dame.

Dr. Stack’s honors include appointment as a Fulbright Fellow in 1982 and election as a Fellow of the American Association for the Advancement of Science in 2012. She serves as a full member of the NIH/NCI Tumor Heterogeneity, Evolution and Metastasis (formerly Tumor Progression and Metastasis) study section for a second term (2019-2025), on review panels for many other funding agencies including a term on the Department of Defense Ovarian Cancer Research Program (DOD OCRP) Integration Panel and Vision Setting Panels (2012-2017). She has been on the Editorial Board of Cancer Research since 2001 and is a retired member of the Journal of Biological Chemistry and Biochemical Journal Editorial Boards.  Her overall research focus is in the area of molecular mechanisms of metastasis in ovarian and oral cancers. Understanding the molecular mechanisms by which tumor cells integrate multiple micro-environmental cues to regulate metastatic dissemination is the major focus of the laboratory. She has published over 185 peer-reviewed research articles and reviews. Her laboratory has been continuously funded by the NIH/NCI since 1989.