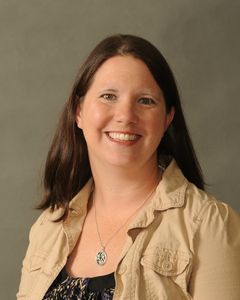 Over the past 20 years, it has become evident that breast cancer is a heterogenous disease, with a vast number of genetic and epigenetic alterations resulting in differential responses to chemotherapeutic and targeted therapies. Our lab is focused on the Adenomatous Polyposis Coli (APC) tumor suppressor. To better understand the molecular basis of breast cancer and identify novel therapeutic approaches, the Prosperi laboratory will investigate how APC loss mediates breast tumor development by studying multiple facets of tumor biology.

One aspect we are investigating is the role of APC in mediating therapeutic response in breast cancer. Using mouse models, we have shown that mutation of APC results in a phenotype that resembles human metaplastic tumors, an aggressive subtype of breast cancer, that are known to develop resistance to standard chemotherapy. Our recent data demonstrates that APC loss results in resistance to multiple chemotherapeutic agents (VanKlompenberg et al, 2015). These results are independent of the role of APC in Wnt/b-catenin pathway signaling, and the molecular mechanisms are currently under investigation.

In addition, we focus our efforts on how APC regulates the development of a polarized epithelium. Loss of epithelial polarity can be a first-step in tumorigenesis, and we have shown that APC loss results in inversion of apical proteins (Lesko et al, 2015). Interestingly, these results are also independent of Wnt signaling activation, and appear to be mediated by the C-terminal domain of APC, which is responsible for binding to cytoskeletal proteins.