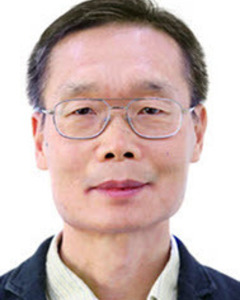 Danny Z. Chen earned his doctorate in computer science at Purdue University, West Lafayette in 1992 and joined the Notre Dame faculty that same year. He has published in several important areas, including computational geometry, algorithm design and analysis, parallel computing, and VLSI design.

Chen is best known, however, as a leader in an emerging area of research known as computational biomedicine. He has received world-wide recognition for pioneering work in this area using computational geometry, optimization, and machine learning techniques to solve algorithmic problems arising in biomedical applications, such as radiation cancer therapy and biomedical imaging.

Chen has published over 350 papers in selective peer-reviewed journals and conference proceedings, holds six US patents, and has won over 20 research awards from the National Science Foundation (including an NSF Career Award in 1996), the National Institutes of Health, and various industry groups. He was selected as a Laureate of the 2011 Computerworld Honors Program for his work on “Arc-Modulated Radiation Therapy”, and received the 2017 PNAS Cozzarelli Prize of the US National Academy of Sciences. He is a Fellow of the Institute of Electrical and Electronics Engineers (IEEE) and a Distinguished Scientist of the Association for Computing Machinery (ACM). He also has been a visiting researcher at the Max Planck Institute in Germany, the Academia Sinica in Taiwan, the Hong Kong University of Science and Technology, and Tsinghua University and Zhejiang University in China.

Chen is regarded as an excellent teacher and graduate student mentor, and was the recipient of the 2009 James A. Burns, C.S.C. Award for Graduate Education, a 2004 Kaneb Teaching Award, and a 2012 Outstanding Faculty Teaching Award. His 17 doctoral students have built first-rate careers — his first was a Lockheed Martin senior fellow and another worked at the NASA Jet Propulsion Lab. Six of his former Ph.D. students are tenured professors at the University of Texas, the State University of New York at Buffalo, the University of Iowa, University of New Mexico, etc. Two of his form Ph.D. students have received prestigious NSF CAREER Awards and one has received a prestigious NIH CAREER Award.