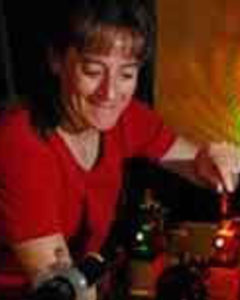 Atoms provide a unique environment for testing fundamental physical laws through high-precision measurements. The occurrence of parity non-conservation (PNC) makes it possible to study the weak-interaction in atomic systems. Professor Tanner’s work involves a variety of precision measurements in atomic cesium and other atoms that are motivated by the study of PNC, fundamental symmetries, and measurements of fundamental constants. These measurements also provide tests of atomic structure calculations in many electron systems. Stabilized diode, Ti-sapphire, and dye lasers are used for making precision measurements of transition strengths, absolute optical frequencies, and energy splittings in atomic systems. Professor Tanner also participates in multiple areas of interdisciplinary research, which include practical aspects of quantum computing, nanoparticle analysis, and detection of DNA and cancer. At Notre Dame, experiments are carried out in the Precision Laser and Optical Spectroscopy Laboratory in the Department of Physics. Work is conducted in collaboration with undergraduate and graduate students, postdoctoral researchers, as well as faculty and colleagues at Notre Dame and other institutions.