Expression of the tumor suppressor protein Adenomatous Polyposis Coli (APC) is lost in up to 70% of women with breast cancer. Research Institute member Jenifer Prosperi has shown that breast cancer cells with decreased APC are also resistant to doxorubicin (Adriamycin), a common chemotherapeutic used to treat women with breast cancer. To better understand the relationship between APC loss and molecular pathways underlying doxorubicin resistance, Prosperi was recently awarded a 4-year $792,000 Research Scholar Grant from the American Cancer Society, entitled “APC regulation of doxorubicin resistance in breast cancer”. Through this award, Prosperi aims to use donated human breast tumors to investigate the correlation between APC status and therapy response. 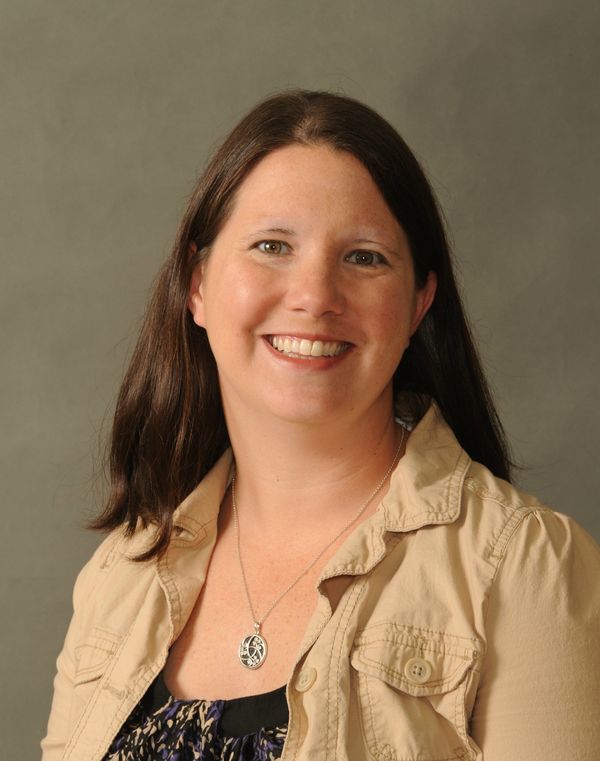 Prosperi’s career in breast cancer research began while she was a graduate student at The Ohio State University (OSU) in 2001. “I was just really drawn to the project that I was working on at the time and really interested in trying to make a difference in the patients’ prognosis and outcome and livelihood after a cancer diagnosis.” As a volunteer at The James Cancer Hospital at OSU, she was able to meet with patients that had cancer, particularly those who had breast cancer. These personal connections along with enriching projects inspired her further to pursue life-changing research.

After completing her postdoctoral fellowship at the University of Chicago, Prosperi came to South Bend, Indiana, and has been at Harper Cancer Research Institute since 2012. For her, the interdisciplinary quality that Harper offers is imperative when it comes to finding a cure for cancer. “I was really attracted to the set up of the program. I think that [Harper] is a good environment to find people who have similar passions, but address questions from different approaches or from different angles.” As an Assistant Professor of Biochemistry and Molecular Biology at Indiana University School of Medicine-South Bend (IUSM-SB) and of Biological Sciences at the University of Notre Dame, the strong interaction between Notre Dame and IU in Harper also plays an important role in sharing knowledge across disciplines.

In researching breast cancer, Prosperi focuses specifically on using the chemotherapeutic agent, doxorubicin. Chemotherapy is an effective way to fight tumors initially, but given enough time, resistance to the treatment builds up. Prosperi approaches this problem using two avenues. The research in her lab focuses on finding ways to lower concentrations of doxorubicin. “We want to be able to use lower concentrations to try to get rid of side effects that take place after receiving chemotherapy. We also want to understand how resistance occurs and what we can do to alleviate that resistance to make the tumor remain susceptible to drugs.” With her grant, Prosperi will continue to study therapy resistance in triple negative breast cancer, specifically looking at how APC results in an increased resistance to doxorubicin.

Cancer is a difficult topic to tackle head on, and research can also just be as emotionally taxing. But the most rewarding moments for Prosperi come about when she sees the impact her research is making in patients’ lives. “I’ve had the opportunity to meet with a number of local cancer survivors and caretakers and that’s always inspiring. I think knowing what we do in the lab translates to how people are treated and actually being able to see the people and put a face with the work you’re constantly doing in the lab.” Prosperi’s passion and work goes beyond South Bend. In 2018, she traveled to DC on lobby day in order to meet with members of the House and Senate to increase funds for cancer research and discuss current projects of the American Cancer Society Cancer Action Network (ACS CAN), which Prosperi is a member of. “Of course, the one that was most near and dear to my heart was increasing funding,” she laughs. In the lab, Prosperi also values the enriching interactions she has with her aspiring trainees. “It’s really interesting to see them grow and develop as scientists. We all do that in different ways, so seeing people do that and go through their individual paths is really awesome.”