When it comes to a cancer diagnosis, timing can be everything. An early diagnosis can make a big difference when it comes to treatment possibilities. Pancreatic Ductile Adenocarcinoma (PDAC) has a 5 year survival rate of 6% according to Dr. Reginald Hill, Archibald Assistant Professor of Cancer Biology at the University of Notre Dame. Improving detection rates is a crucial step in changing that statistic.

“The biggest clinical challenges that we face with pancreatic cancer are early detection and chemoresistance. My research focuses on both sides,” Hill said.

Most often, patients do not realize they have pancreatic cancer until it’s too late, and the cancer has already metastasized. Dr. Hill’s lab uses genetic mouse models, human clinical samples, and assay systems to create novel strategies to detect the disease in patients. The goal is that if diagnosed early enough, surgical intervention may still be possible. 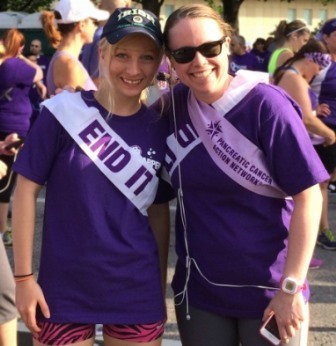 “If you talk to anyone who has had a family member diagnosed with pancreatic cancer, the look on his face can tell you everything. Pancreatic cancer is usually not diagnosed until late stages of the disease, leaving the victim helpless and often with only months to live,” graduate student Kate Richards, Biological Sciences, said.

Richards is currently working on a project studying microvesicles called exosomes, which contain microRNAs. MiRNAs are small nucleotide fragments that can serve as potential biomarkers for pancreatic cancer.

“Thus far, miRNA studies have revolved around identifying those miRNAs prevalent in the tumor, itself, after the patient has PDAC. Physicians, however, need a reliable biomarker that is prevalent before tumor formation in order for it to serve as a diagnostic test,” Richards said.

PDAC is unique in that a large amount of inflammation occurs before tumor formation. This results in a large increase in the volume of stromal tissue. In her project, Richards specifically identifies stromal cell miRNAs. This type of study has never been done before. By targeting stromal cells, Richards can detect the miRNAs involved in tumorigenesis, rather than the tumor itself.

“We aim to validate the presence of stromal PDAC miRNAs in blood samples of patients with PDAC and to test their reliability as predictive biomarkers,” Richards said. 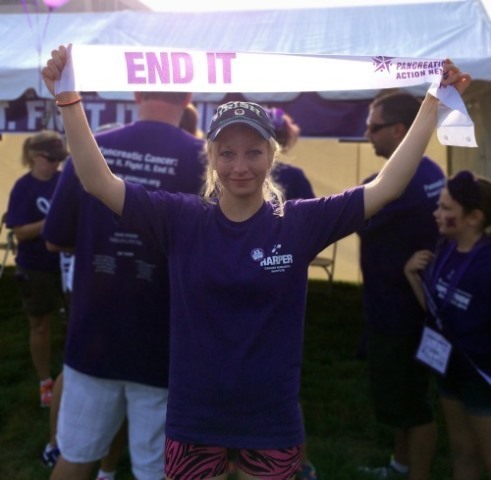 The Hill lab is making great strides in pancreatic cancer research, and they will not be slowing down any time soon.

“I chose this career path because, very simply, I wanted to help people. Pancreatic cancer is predicted to be the 2nd leading cause of cancer-related deaths by the end of the decade, and it is severely underfunded. To be honest, it remains a death sentence. The least I can do with my life is to try to help defeat this disease in any way I can. It’s that drive that leads me to Dr. Hill’s lab every day,” Richards said.