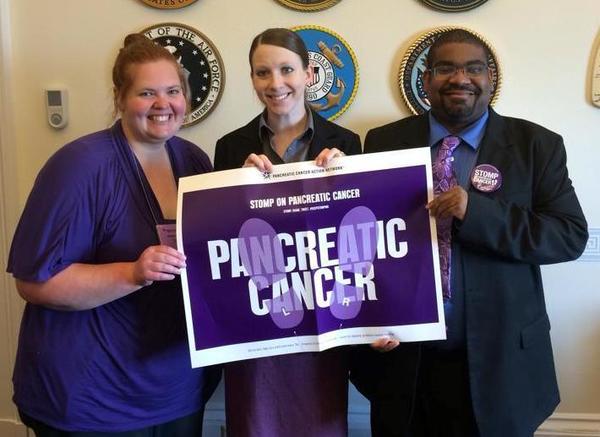 “Advocacy Day is designed to educate elected officials about pancreatic cancer and the need to increase federal research funding dedicated to studying the disease,” said Hill. “Only six percent of people diagnosed with pancreatic cancer survive for five years after diagnosis.”

Hill’s advocacy blitz continued on Saturday, when he and members of his lab team participated in the Purple Stride 5k in Indianapolis. Hill said the fundraiser, part of a nationwide series of race/walk events paired with Advocacy Day, had raised at least $110,000 by the start of the race.

Stack, the Ann F. Dunne and Elizabeth Riley Director of the Harper Institute, applauded Hill’s participation. “I’m proud that Reggie was invited to represent HCRI at the national Pancreatic Cancer Advocacy event in Washington to help better educate our elected officials about the need to increase funding for pancreatic cancer research,” she said. “Increased funding is essential to continue the progress that will ultimately improve patient survival.”

Hill’s meetings centered on four PANCAN priorities. Chief among them are securing government allocation of $5.26 billion for the National Cancer Institute and sustaining pancreatic research funding for the Department of Defense’s Peer-Reviewed Cancer Research Program, he said.

“I was able to discuss the problems from the ‘frontlines’ to explain the challenges we face as cancer researchers because of the unique biology of the pancreas,” he said. “I was also able to share my lab’s own work designing novel methods for early detection and overcoming the chemo resistance of the disease.” 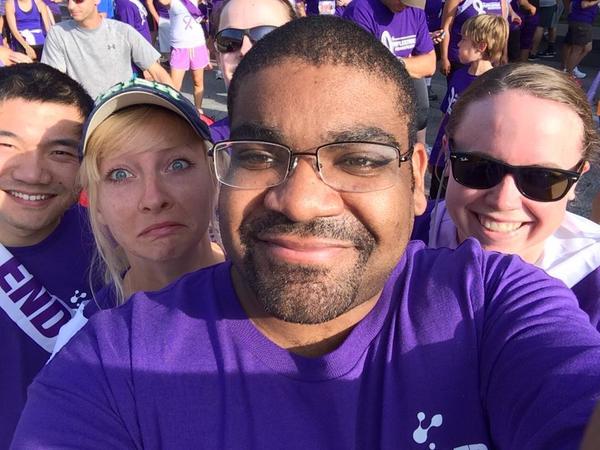 In addition to his meetings with legislators, Hill met with Julie Fleshman, the president and CEO of PANCAN, and Laurie MacCaskill, the chair of PANCAN’s board of directors and an eight-year pancreatic cancer survivor, to discuss the Harper Institute’s research goals and Hill’s pancreatic cancer research progress.

“It was an amazing experience being able to take part in Advocacy Day,” he said. “It was great getting to know the advocates, researchers, and members of the PANCAN team that were there. I felt truly honored to be able to participate.”