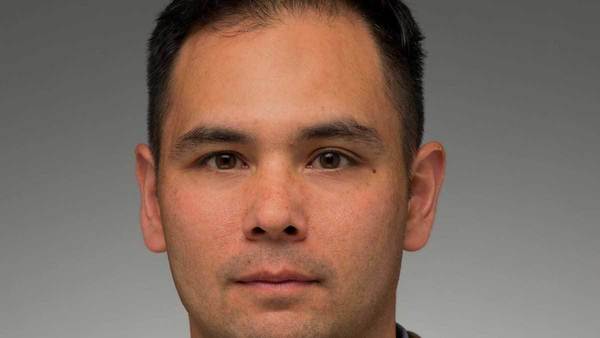 David B. Go, the Rooney Family Associate Professor of Engineering at the University of Notre Dame, has been selected to receive the 2018 Institute of Electrical and Electronics Engineers (IEEE) Nuclear and Plasma Sciences Society (NPSS) Early Achievement Award.

The award, which recognizes outstanding technical contributions to the fields of nuclear and plasma science and includes an honorarium, plaque and certificate, will be presented at the 2018 International Conference on Plasma Science in Denver in June.

Cited by the NPSS “for contributions to the understanding of discharges and plasmas at microscale dimensions, the interaction between microdischarges and electron emission and the nature of electron transfer at plasma-liquid interfaces,” Go explores a wide variety of topics in low-temperature plasma generation and chemistry, focusing on fundamental processes in microscale plasmas, plasma-liquid systems and plasma-enhanced catalysis. His work has important implications in applications ranging from chemical processing and fuel reforming to water purification and energy conversion.

The co-owner of several patents, Go is a Fellow of the American Society of Mechanical Engineers. He is also a member of the American Association for the Advancement of Science, American Physical Society, Electrostatics Society of America and the IEEE.

Originally published by Nina Welding at conductorshare.nd.edu on March 16.