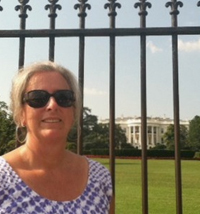 Each year, 22,000 women will be diagnosed with ovarian cancer, while 15,500 will die from it. Because there is no reliable early detection test for ovarian cancer, majority of women with the disease are diagnosed when they are late-stage, and are already at a dramatic disadvantage for long-term survival.

In July, the Ovarian Cancer National Alliance (OCNA) held its annual Survivor Meeting. More than 400 ovarian cancer survivors gathered in Washington, D.C. to learn about the latest in ovarian cancer research and advocacy measures, and to learn trends for enhancing the quality of life for patients and survivors.

Sharon Stack, Ph.D. and director of the Harper Cancer Research Institute attended the four-day conference. On Monday, July 15, Dr. Stack joined nearly 200 women and men on Capitol Hill to have a frank discussion with U.S. legislators about the importance of ovarian cancer research funding. Their “one-day plunge” was designed to bring maximum attention to several critical issues that are impacting the progress of treatment and research of this disease. Dr. Stack attended the meeting as part of the Harper Cancer Research Institute’s commitment to bringing a multi-disciplinary approach to cancer research and treatment. 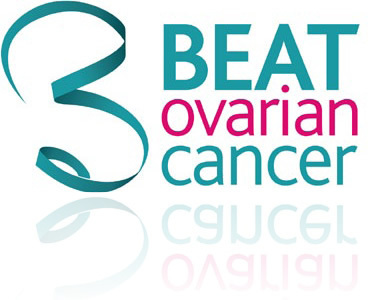 That same day, Stack and her colleagues met with legislators representing northern Indiana in Washington, D.C.—Senators Dan Coats and Joe Donnelly, as well as Representatives Andre Carson and Jackie Walorski. The focus of the one-day-plunge was on three critical areas: awareness, funding and treatment.


·       September is Ovarian Cancer Awareness Month. The most common symptoms of the disease such as bloating, pelvic or abdominal pain, difficulty eating and urinary frequency, mimic other less serious problems. This makes early detection difficult.  And current early detection tests are unreliable, making the disease more challenging than others to intercept and intervene at the earliest stages when there is the most hope for survival.

·         Dr. Stack urged legislators to become co-sponsors of the Alliance’s movement to arm survivors with the tools to teach medical, nursing and physician assistant students about symptoms, risks and treatment relating to ovarian cancer.

·         For 15 years, the Department of Defense Ovarian Cancer Research Program (OCRP), funded through congressional appropriation, has been yielding innovative high-risk/high-reward research, including several medical breakthroughs with regard to treatment options. OCRP is different from research conducted by the National Cancer Institute.  So, researchers who participate in OCRP can often use funding from both agencies to advance their studies (Dr. Stack is one of a handful of researchers in the nation with more than one grant to study ovarian cancer). It was OCNA’s request to legislators that the current $20 million level of funding for this research be maintained in the next budget.

Oral chemotherapy has become a standard treatment option because many patients are more tolerant of this less invasive and time consuming option. But the drugs themselves are often miss-classified under an individual’s healthcare plan as prescription benefits rather than anticancer treatments. This miss-classification results in extremely high co-payments. Dr. Stack urged area legislators in the House to support The Cancer Drug Parity Act of 2013. She also urged Indiana Senators to support the bill once it passes the House.

Other areas of focus at the conference included information on new clinical trials that are available to patients, targeted therapies that are emerging, as well as patient advocacy issues and caregiver information.