Norman Dovichi, the Grace-Rupley Professor of Chemistry and Biochemistry, is the recipient of the inaugural College of Science Research Award. 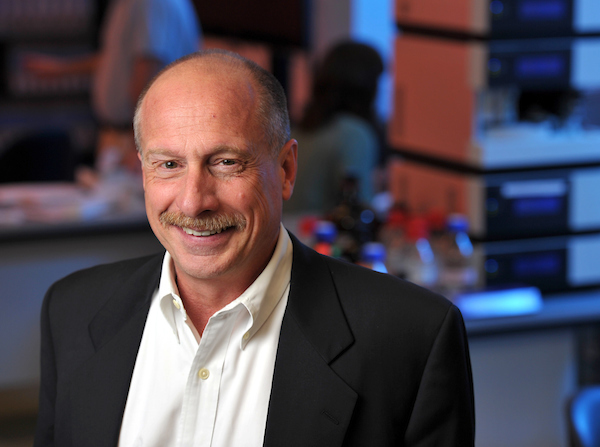 This new award will be given annually to recognize a faculty member who has demonstrated sustained excellence in research.

“We congratulate Prof. Dovichi for this well-deserved award, and thank him for the many ways he contributes to our college and to the advancement of science,” said Mary Galvin, the William K. Warren Foundation Dean of the College of Science.

Dovichi pioneered work in capillary electrophoresis for DNA sequencing, and later added laser-induced fluorescence, an imaging technique with ultra-high sensitivity. He and his team have continually developed new techniques for analytical chemistry, even achieving the highest level of sensitivity, the yoctomole. Recently, Dovichi has turned to chemical cytometry, the study of protein expression and metabolism at the single cell level. This analysis has lead to significant contributions to the study of embryonic development and ovarian cancer.

Among his awards are the 2018 American Electrophoresis Society Lifetime Achievement Award, the University of Notre Dame Research Award, the Robert Boyle Prize for Analytical Chemistry, and the ACS Award in Spectrochemical Analysis.

He is a Fellow in the American Association for the Advancement of Science and the Royal Society of Chemistry.  His research on high-throughput DNA sequencers led to the journal Science naming him as one of the Human Genome Project’s unsung heroes in 2001.

Originally published by Provided at science.nd.edu on September 05, 2018.