Normally, the CDC42 gene propels healthy human growth. But when CDC42 is abnormally expressed, it contributes to cancer growth and metastasis. Dr. Tracy Vargo-Gogola, a breast cancer specialist at the Harper Cancer Research Institute, explores both faces of the gene in hopes of developing a better breast cancer treatment.

Cancer’s origin point—a human gene gone haywire—is, in many cases, also its weak spot. If you could block the abnormal function of a gene that is important for metastasis, the theory goes, then maybe you can stop cancer from spreading. 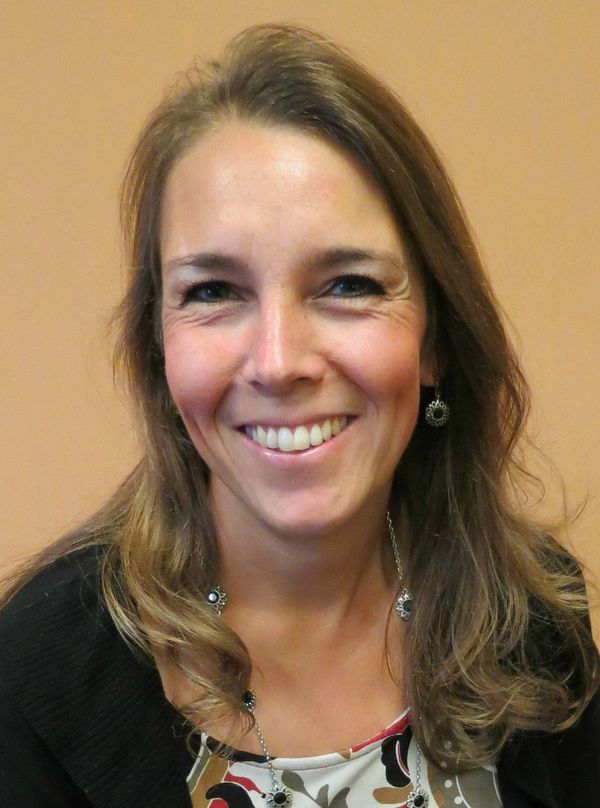 But there’s a catch—hit the weak spot with too much force, and you could trigger a cascade of side effects that may be as bad as the original cancer.

CDC42 helps build breast, skin, blood and brain tissue. It acts like a compass for cells: As cells grow, CDC42 makes sure they’re growing in the right direction, with the right cellular materials in the ‘bottom’ and ‘top’ of each cell. And, crucially, CDC42 dictates when cells should grow or move around.

But in breast cancer, CDC42 goes into overdrive. As a result, cells grow haphazardly and pile up, forming tumors. They also move around when they shouldn’t—which is when tumors metastasize and spread throughout the body.

“What kills people is when the cancer goes to the lung, to the brain, to the bone,” says Vargo-Gogola, a professor at the Indiana University School of Medicine and the University of Notre Dame. “If this gene is absolutely required for breast tumor cells to migrate, invade and metastasize, then understanding how it functions may help us to stop that process.”

The solution seems simple: block CDC42 before it goes rogue. But it’s not that easy, because CDC42 is utterly critical for normal human development.

For example: “If you knock it out in the bone marrow, then you cause changes in the development of blood cells,” Vargo-Gogola says. “You would make people really anemic, and potentially you could cause leukemia by blocking this.”

That’s why Vargo-Gogola—together with her lab team of post-doctoral fellows, a graduate student and five undergraduates—is studying both the normal and aberrant functions of CDC42.

Vargo-Gogola is especially focused on how CDC42 affects the way cells communicate with each other.

“Back-and-forth signals go between cells,” Vargo-Gogola says. “We’re trying to understand the back-and-forth exchange between normal cells (which [can] eventually become tumor cells) and their surrounding environment, and how all that ultimately leads to the development of breast cancer and then metastasis.”

When a CDC42 gene misbehaves, the resulting cancer cells send confusing messages to the cells around them. Imagine if all the traffic lights stopped functioning normally across a few city blocks—intersections with only green lights, for example. Cars would crash not because drivers forget how to drive, but because the drivers are getting all the wrong signals.

This is the problem when breast cancer cells bombard the cells in the surrounding cells with the wrong information. The surrounding stromal cells, like immune system cells and red blood cells, remain genetically normal, but the abnormal signaling confuses them, and they encourage the cancer cells’ bad behavior.

“The stromal cells start acting like they would in a tumor,” Vargo-Gogola says. “The signaling is off, and it results in sustained abnormal behaviors in these local cells that then drive the development of cancer and ultimately the metastasis of cancer.”

To make matters worse, the improper signaling can build on itself.

“People have described the communication breakdown as ‘reciprocal and reiterative,’” she says. “It’s as if the city changes the traffic lights in response to all those crashes, but the lights are changed wrong.”

To understand how CDC42’s signaling goes wrong, Vargo-Gogola researches how its signaling works normally. With a newly comprehensive understanding of CDC42’s function, Vargo-Gogola’s research has the potential to help new cancer therapeutics target one of cancer’s root causes without affecting healthy cells.

“I think it’s important work for our understanding of the processes that drive development of breast cancer,” she says. “While there’s a lot of push for better, faster and more treatments, I think you really have to be careful. You don’t want to harm someone more because we didn’t understand a really bad side effect.

“That’s why I think the basic science is so important.”