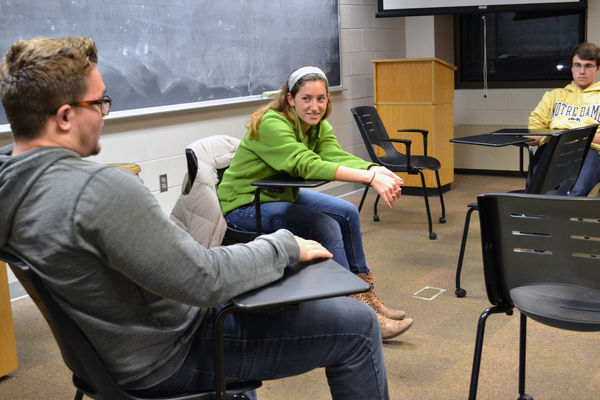 During the summer between her freshman and sophomore year at Notre Dame, Senior Anthropology major Teresa Kennedy saw a news story about a young boy her age who had cancer. As a final wish, the boy launched a program focused on giving back to his community.

"Seeing a clip of a person my age, doing something so amazing just hit me,'' says Kennedy. For this Massachusetts native, it was personaI. Kennedy is a cancer survivor.

Up until she saw the video, she just wanted to blend in with other students. She had no interest in bringing attention to what she had been through. When Kennedy was thirteen she was diagnosed with soft tissue cancer and in her mind it was “very minor compared to the other people in the group.”
"Since my experience, I have tried to avoid the topic because I was put on a pedestal just because I had cancer.”

She was changed dramatically by the video clip. The result was Kennedy forming the Notre Dame club, "Fighting Together."  “I figured while I’m here at Notre Dame where there is such a great pool of people, if I can find fellow-student cancer survivors who are interested in giving back to our community and sharing our experience constructively to help kids who are going through treatment, it would be a great way for us to move forward.” 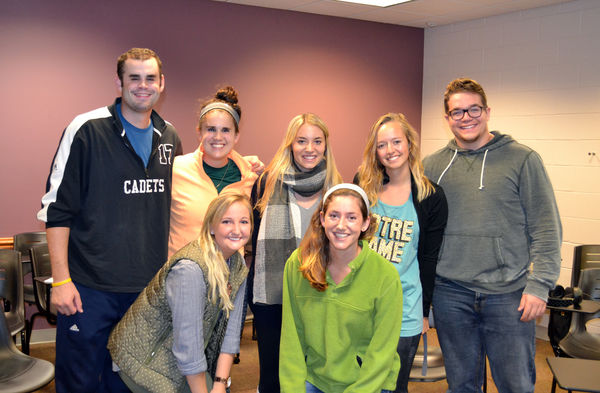 The purpose of the club is twofold: to create a community on campus for students who have had cancer while making a lasting impact on the off-campus community by helping children diagnosed with cancer. “The off-campus element of the club is all about giving back through sharing our cancer experiences with children currently undergoing treatment, through volunteering on the pediatric floor at Memorial. We visit Memorial just about every week. When we visit, we generally play with the kids or help them with their schoolwork.”

This special group of ten students gives children someone to look up to. They provide hope. Parents, Kennedy says, also receive some sense of relief from talking to someone who has been in the same situation as their child. The work can be extremely difficult -- and immensely rewarding.

“We got a call from Memorial hospital regarding a patient, a young girl dying from cancer,'' Kennedy recalls. “Her parents couldn’t take any additional time off work and had to leave her alone at the hospital.” Her future was bleak. The hospital wanted her to have company for the little time she had left. Two members from Fighting Together spent hours by her bedside, reading to her, talking to her and just being present. “That was a side of it I had never experienced before. It was a perfect reminder of why we’re doing this.”

Kennedy’s hope for the future is to create a second tier of the group, possibly called “Friends of Fighting Together.” To stay true to the original concept of the club, Kennedy has turned down students wanting to join because they weren’t cancer survivors. 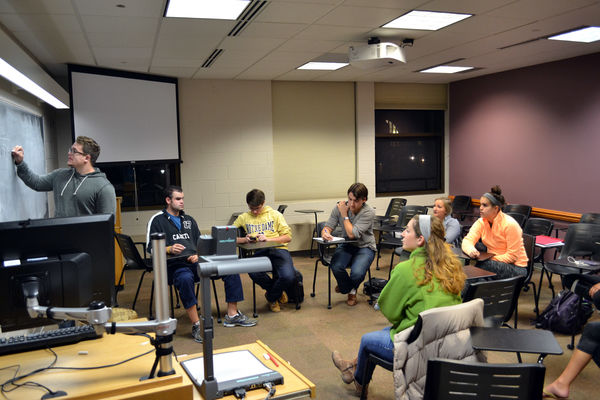 “Now that we have official club status, we hope to expand the membership and scope of our club, and to organize a couple more on-campus events for cancer awareness in the coming year.”

The biggest challenge Kennedy has faced is marketing the club. “It’s incredible actually,'' she says. "Just through talking to other students and news traveling through the grapevine, the club has gained about 10 members. But we have yet to do any formal marketing, mostly because it’s a difficult topic to market.”