Cancer Research:  “no form of wisdom can be left out”

Following the news this spring, it has been gratifying to see the international spotlight turned repeatedly on cancer research.  President Obama’s announcement of a “moonshot” program to cure cancer provides new hope to researchers and cancer patients alike, as the designation of additional resources for basic cancer research has proven time and again to stimulate the technological and scientific advances that lead to better diagnostic tools, imaging agents and therapeutic strategies that ultimately impact patient survival.  Speaking at a Vatican conference, Vice President Biden called upon the scientific and faith communities to collaborate in cancer care and prevention.  For scientists at Harper Cancer Research Institute (HCRI), it is our moral obligation to use our talents and intellectual resources to work together to make a significant impact against cancer.

Indeed, Pope Francis himself provided a directive for collaborative efforts in his second encyclical Laudato Si’. As elaborated by Pope Francis in Laudato Si’, “A true “ecological debt” exists, particularly between the global north and south, connected to commercial imbalances with effects on the environment and the disproportionate use of natural resources by certain countries over long periods of time...   There is also the damage caused by the export of solid waste and toxic liquids to developing countries, and by the pollution produced by companies which operate in less developed countries in ways they could never do at home”.

Our actions have negatively impacted the poor and underserved worldwide, particularly with regard to “industrial waste and chemical products utilized in cities and agricultural areas”.  It is clear that these factors contribute to the global cancer burden.  Indeed, cancer is one of the leading causes of death worldwide, with ~14 million new diagnoses and 8.2 million deaths yearly (2012 statistics).  The World Health Organization predicts that in the next 15 years the global cancer burden will increase to 21.4 million new cases and 13.2 million deaths.   Most new cancer cases (60%) and cancer-related deaths (70%) occur in Africa, Asia, Central America and South America, disproportionately affecting developing countries impacted by the “ecological debt” of more developed societies.

To this end, it is important to consider that the definition of a common cancer depends on both perspective and population under evaluation.  For example, while stomach cancer is rare, accounting for only ~10,000 deaths annually in the U.S., it is the 3rd leading cause of cancer death among men in developing countries.  Similarly, cervical cancer caused by human papillomavirus does not rank in the top 10 cancers in developed countries, but is the second most common cause of cancer death among women in developing countries, killing a quarter of a million women yearly.  The recent advent of a highly effective cervical cancer vaccine, largely available in developed countries but less accessible in developing countries, further serves to widen this gap.

It is apparent that, while the field of cancer research has made significant progress in understanding and treating some forms of cancer, in many cases the current approaches have had very little impact on overall survival.  This is particularly true in the case of cancers that predominantly occur in non-Western populations.  Disparities in availability of research funding to study cancers that predominantly affect non-western populations are prevalent.  Thus, research funding for stomach cancer comprises only 0.2% of the National Cancer Institute (NCI) budget.  Five-year survival rates for patients with stomach cancer are ~25% in the US, Germany and Switzerland, 6% in India and 0% in Uganda.  Similarly, research on cervical cancer receives only 1.3% of the NCI budget.  Women with cervical cancer in the US, Switzerland and Germany have a 60-70% five year survival rate, women in India and Uganda have 46% and 16%, respectively.  Cancers that are more common in the US (breast and prostate) receive almost 20% of the NCI budget (over $800 million in 2013) and this support for research has translated into positive patient outcomes.  Five year survival rates for US breast and prostate cancer patients are 89% and 99%, respectively.  While access to clinical care certainly factors into these statistics, it is clear that enhanced funding for research translates into improved patient outcomes:  research cures cancer.

In much of the developing world, the majority of cancer patients are diagnosed with advanced stage disease, resulting in disparities in survival as well as incidence. Lack of access to screening and clinical care contributes to poor survival rates. For most of these patients, palliative care is the only treatment option.  The goal of palliative care is to relieve symptoms caused by cancer including, but not limited to, pain.  In addition to pharmacologic alleviation of pain, access to palliative care to relieve psychosocial and spiritual suffering is an urgent humanitarian need.

Pope Francis wrote “If we are truly concerned to develop an ecology capable of remedying the damage we have done, no branch of the sciences and no form of wisdom can be left out..”

“A science which would offer solutions to the great issues would necessarily have to take into account the data generated by other fields of knowledge..”

From our inception in 2011, the HCRI was designed to bring together researchers from distinct disciplines in the biological, chemical, physical and analytical sciences to address cancer-specific problems. Thus inter-disciplinary collaboration is a foundational principle of the Institute.  HCRI has recruited scientists from fields not often represented in cancer research such as engineering, mathematics and physics.  The unique tools, training, and approaches used by “other fields of knowledge” represent a significant untapped resource for discovery.  Further, the inherent systemic complexity of cancer as a disease complicates both diagnosis and treatment, such that breakthrough-level discoveries necessitate this type of novel perspective conceived at the interdisciplinary interface.  As clearly stated by Pope Francis, “no form of wisdom can be left out”.

To this end, the HCRI mission is simple:  to conduct innovative and integrative research confronting the complex challenges of cancer.  This mission is actualized in HCRI’s team-based approach to scientific discovery, clearly depicted below.  Rather than working independently in discipline-limited compartments, the HCRI approach empowers integrated teams of investigators to address cancer’s challenges using all the tools at their collective disposal.  In this way, the HCRI is changing the way we fight cancer.  Furthermore, because of the spirit that pervades our campus, cooperation and collaboration are second nature to HCRI investigators.  Moreover, Father Jenkins’ charge to serve the “greater good” in the global community enlightens HCRI investigators to cancer’s challenges outside of the usual realm of first world problems and politics. 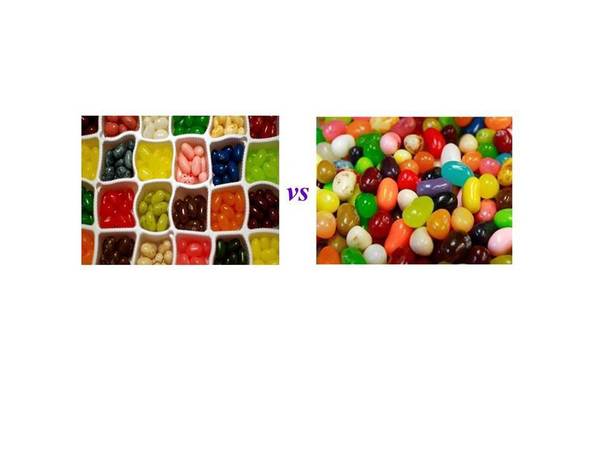 HCRI:  Changing the Way We Fight Cancer.  HCRI brings together collaborative teams of investigators from a broad array of disciplines to confront cancer’s challenges.

“It must be recognized that nuclear energy, biotechnology, information technology, knowledge of our DNA… have given us tremendous power…Never has humanity had such power over itself, yet nothing ensures that it will be used wisely..”

A meaningful reduction in global cancer incidence and cancer mortality will require significant investment in research that targets population-specific cancer prevention strategies, methods for cancer screening and early detection in resource-limited settings, detailed molecular analysis of tumor tissues from underserved populations, and improvements in treatments and access to care.  Approximately half of all cancers are almost entirely preventable using infection-prevention strategies and behavioral interventions.  An unmet challenge is to acquire “knowledge of our DNA” to gain currently unavailable insight into specific cancer-causing mutations that are prevalent in both understudied (i.e. non-western) populations and understudied (rare in the western world) cancers.  This information is essential, as current pre-clinical therapeutic development programs target specific cancer-causing mutations identified in tumors from western populations.  In the absence of comparative data from cancer patients in the developing world, we are unable to predict whether currently available molecularly targeted therapies will even be effective in these patients.  Furthermore, understudied cancers may respond to available therapies that are effective in other tumor types with the same mutational profile.  We must harness the combined power of tissue banking, DNA sequencing, bioinformatics, and information technology to address these issues.

With this information in hand, HCRI investigator teams can develop novel pre-clinical models, design properly targeted therapeutics and test new and repurposed drugs.  With the strength of HCRI analytical and engineering teams, we can develop point-of-care diagnostics that will enable detection of cancers at earlier stages, where a cure is a more likely outcome.  These devices will be engineered for use in resource-limited settings that lack access to clinical laboratory testing facilities. Lastly, we can collaborate with others at Notre Dame to assess culturally appropriate opportunities to address the massive unmet need for palliative care, particularly psychological and spiritual needs.  We at HCRI have been provided with remarkable opportunities to make a positive change on the global cancer burden through our individual research, our collaborative efforts, and our dedication to training the next generation of cancer research leaders - with the ultimate goal of decreasing the suffering of cancer patients and their families worldwide.