Title:  "Value based healthcare payment, can we do this and maintain access to care consistent with Catholic teachings on justice-a clinician's concerns with MACRA" 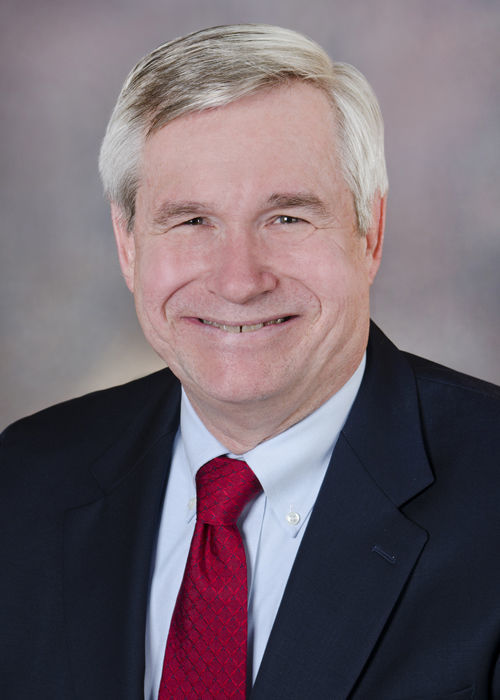 After completing fellowship training at UCLA, Dr Gajewski was asked to continue as faculty at UCLA focusing on blood and marrow transplantation. His early career worked focused on research on unrelated donor transplantation. He helped identify the high of gvhd, the need for better immunosuppression and the need for use of molecular HLA typing to select donors. From that work, he ventured into haploidentical transplant and working on studies with the IBMTR on transplant outcomes.

Early in his career Dr Gajewski was pulled into financial affairs with transplant due to his background with a government major, initially focusing on managed care negotiations for stem cell transplantation.   After moving to University of Texas, MD Anderson Cancer Center Dr Gajewski was appointed into administratively running hematologic malignancy center clinical operations.

The financial and clinical operations leadership roles at MD Anderson brought Dr Gajewski into working on national payment policy active focusing on CPT codes to adequately describe transplant services. That initial effort led Dr Gajewski to be appointed as advisor and then a voting member of the AMA’s RUC committee which defines payment value for all physician provided patient care. Because of this effort Dr Gajewski has been asked by CMS to serve as advisor on the recent MACRA legislative.

Dr. Gajewski was involved in setting up stem cell transplant accreditation agency known as FACT and he helped with both setting up the National Comprehensive Cancer Center Network and was a member of its initial leukemia and lymphoma guideline for care committees.  Dr. Gajewski served as bmt society liaison to FDA on cellular therapy regulation. Dr Gajewski was then asked to work with the American College of Physicians on internal medicine payment policy and access to care. Because of these roles, Dr. Gajewski is often asked to advise Congress on the problems of the chronically ill patients obtaining needed care.

After moving to OHSU, Dr. Gajewski became involved with state government chairing the state medical healthcare finance committee. He helped Oregon Health Authority to update its state health services prioritization list when ICD 10 was being implemented. He served as a gubernatorial appointee on developing measures to assess whether the CMS exemption granted Oregon for Medicaid and Medicare controlled healthcare costs. Through this work he became an expert on claims data bases. He was then asked to revise Oregon Health Plan’s cancer care guidelines for treatment of cancer for Medicaid and state employees. Dr. Gajewski current serves on OMA’s board of trustees and is president of the Oregon Society of Medical Oncology.

Dr. Gajewski has maintained an interest research despite his numerous state and national committee roles. He has coauthored more than 160 peer reviewed publications and has written 15 book chapters. He has spoken internationally. Dr Gajewski has been a frequent speaker at national and international meetings in hematology and stem cell transplantation.

In 2016, Dr Gajewski was honored by the American College of Physician by being named to the prestigious Mastership of the ACP for lifetime achievement in internal medicine and specialty internal medicine for his clinical care as an internal medicine physician, his research in human stem cell transplantation and his advocacy of public policies promoting access to care for those most in need of medical care. Notre Dame’s College of Arts and Letters did an alumni profile of Dr Gajewski in 2017.  2018, Dr Gajewski was named by ACP Oregon Chapter as it’s chapter laureate for his lifetime of providing excellent clinical care and for his advocacy for healthcare payment reform and recognition of the need for payment reform for primary care physicians.  At the 2018 Asia Pacific Blood and Marrow Transplantation meeting, Dr Gajewski was invited to give the opening lecture reviewing the past and future of allogeneic human donor stem cell transplantation.